I tend to shine a rosy light on EM & EM and depict it as a sweet romance, and it is that. But it also touches on a very serious subject: date rape.

There is nothing rosy or sweet or romantic about date rape, nor is there anything humorous or festive about it. By now, you’ve probably seen the Bloomingdale’s ad: “Spike your best friend’s eggnog when they’re not looking.” 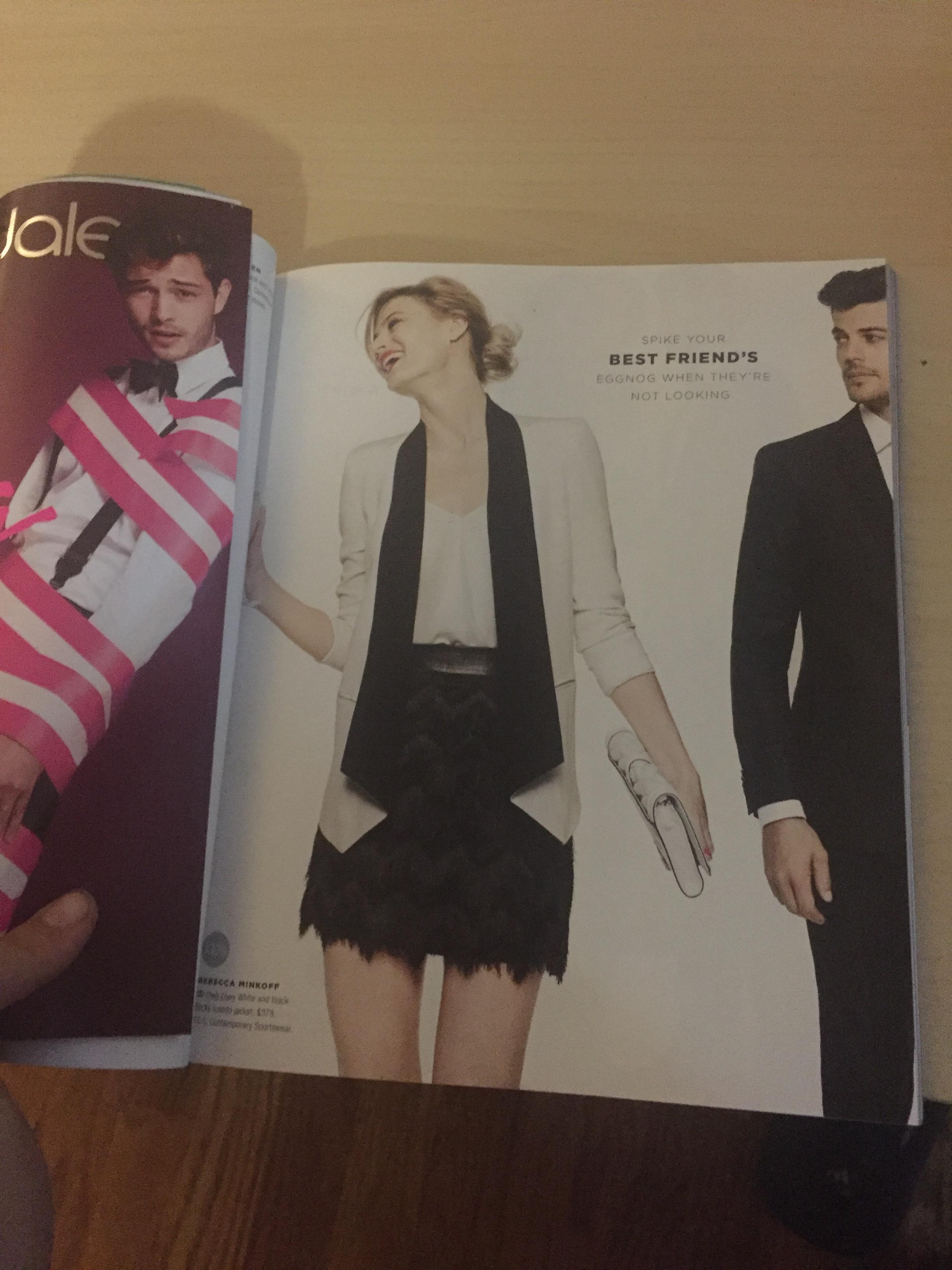 Unbelievable. Bloomingdale’s? What? How?

Seriously, how did this get through layers of review? Presumably your marketers are respectable, educated business people. They understand certain advertising principles (especially the one about how “sex sells,” apparently). The ad itself is beautiful and sophisticated, so clearly they have an appreciation for clean page composition, font usage, and color. Yet they can’t grasp the simple concept that rape is wrong? Because, news flash: It is. Always. Even when the victim is drinking eggnog.

This week, I attended a book club meeting with a group who had read EM & EM. We talked about the problem of date rape and date rape drugs. One of the women remarked that she knew girls are often advised not to leave their drinks unattended but that often at parties, girls are handed drinks by their friends, and they don’t know exactly what went into them in the first place.

As the Bloomingdale’s ad reminds us, sometimes it may not be advisable to trust these “friends.” Even if they seem like respectable, educated people.

I’m not one to celebrate victimhood. On the contrary, I often rail against the fact that we are becoming a society that perceives persecution and discrimination and offense at every turn. But when an American institution such as Bloomingdale’s errs so blatantly in its judgment on a topic like rape, it’s time to take a step back and try to understand what messages we, and in particular the media, are projecting to teens and young men and women.